"I saw it again this week - an announcement and gender revel on Facebook for a beautiful couple who has waited so long for a biological baby. They just adopted recently. And the comments that flooded their post were filled with sentiments along the same lines of "I just knew you'd get pregnant as soon as you adopted". I know it's innocent, but can we be frank? The message being communicated to that child already in their home [to my child, to all adopted children] is that they are simply a stepping stone on the path to getting what one really wants. An act of obedience before the Lord answers the parents' real desire. It communicates that they're less than. That they're not as worthy. That they were a second choice, a "well, then...", a Plan B."

Guest Blogger: Abigail HoganAdoptive Mom, Wife, Partner on the Battlefield You never know what someone's story looks like, or the chapter they are in.  At around 4:35 pm on November 7th, the contractions started getting stronger. A nurse came in, examined Mama W, and said “Baby is coming!” Four pushes and fifteen minutes later, K … END_OF_DOCUMENT_TOKEN_TO_BE_REPLACED

I pretty much cried my way through the first nine months of my second daughter’s life. I’m just going to jump right in and admit that. I’ve been sitting on her story for almost two years now – longing to tell it, but not knowing how to do it justice; not sure how to invite you into the beautiful glory of something that was simultaneously so painful.

Guest Blogger: Torie DimartileBeautiful Woman | Transracial Adoptee | Writer | Public Speaker “To love someone is to listen to their story.” I crawl under my bed and pull out a photo album. The cover reminds me of Monet’s flowers, coral and lavender brushstrokes, pristine enough for wallpaper in a dining room. The binding is … END_OF_DOCUMENT_TOKEN_TO_BE_REPLACED

Guest Writer: Jade Bommarito I’ll be honest, when my husband and I first started exploring the idea of adoption, we had our research cut out for us. We had no clue where to begin, and the towering mountain of questions before us seemed slightly unsurmountable.  I sat down at my computer one night and typed … END_OF_DOCUMENT_TOKEN_TO_BE_REPLACED

Telling an expectant mama the story of why couples long to adopt is one of my favorite parts of creating a custom profile. It's rich and beautiful and so, so different every time. I really believe there is something invaluable in encouraging hopeful parents to remember why they're here and allowing expectant mamas to see … END_OF_DOCUMENT_TOKEN_TO_BE_REPLACED

WHEN GOD SPEAKS by Angela Dekkers When God calls you to sometime, do you obey Him or do you question?  Do you listen to Him or do you ignore? Seems like an easy answer, right? But can I admit something to you? I am guilty of latter. When God called my husband [Jim] and I … END_OF_DOCUMENT_TOKEN_TO_BE_REPLACED

"You are chosen, holy, and dearly loved."Colossians 3:12 I shared much of this on our Instagram [@forthischild.books] earlier this morning, but here's a tidbit to catch everyone up. My three year old and I cuddled on the couch a couple weeks ago, working together to make a "song book" for her Kindermusik class that turned … END_OF_DOCUMENT_TOKEN_TO_BE_REPLACED

by Judy Hoppe Every love story is beautiful, but ours will always be one of my favorite. When I was a little girl, I would lock the bathroom door and climb up the rungs of the bathroom drawers. There on the cool bathroom counter, I would perch myself, cross legged, and stare at my reflection … END_OF_DOCUMENT_TOKEN_TO_BE_REPLACED 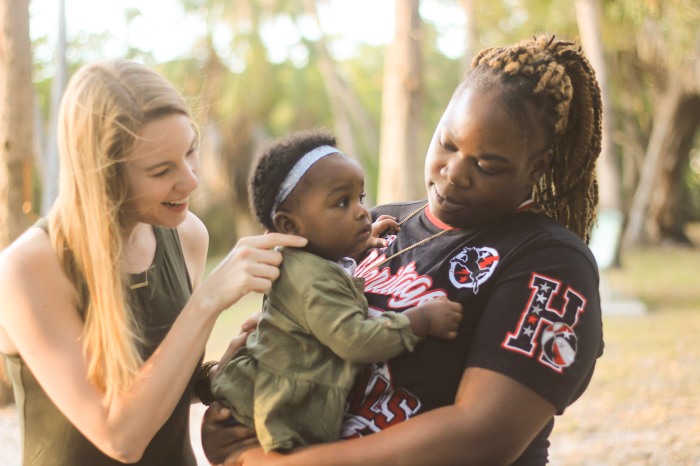 Nothing about this day, in memory of a man who led marches + a movement half a century ago, is lost on me. Nothing about my reality, that is only able to exist standing on the shoulders of his legacy, is forgotten. Nothing about the war on inequality we continue to fight leaves me anything less than grieving.